Should you buy and iPad?

See the flowchart given by Guy Kawasaki. (c) 2010 BBSpot.com 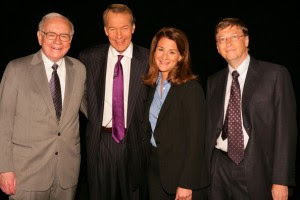 1. Millionaires think long-term:
a) Thinking day to day, the way poor people do, is where you will find day laborers and street beggars.
b) Thinking week to week, the way poor people do, is living paycheck to paycheck and barely make ends meet.
c) Thinking month to month, the way middle class people do, is being concerned with monthly liabilities such as mortgage loan, car loan, credit card payment and household expenses.
d) Thinking year to year, the way rich people do, is where people learn about fiscal responsibility, financial literacy and investment.
e) Thinking decade to decade, the way very rich people do, is where you will find business plans that reach far into the future.
2. Patience is a millionaire's asset; impatience is a liability of the middle class:
a) Rich people has the discipline of delayed gratification because they want more freedom in life.
b) Middle-class people want instant gratification because they want more comfort in life.

Millionaires talk about ideas:
a) Rich people talk about great ideas and realizing them. They own car companies, sports teams and vacation spots. They produce movies, television shows and music and earn from them. They choose fortune over fame.
b) Middle-class people talk about things from rich people's ideas and daydream on them. They talk about things like sports cars, soccer teams and holidays. They indulge in movies, television shows and music and spend on them. They are easily impressed by fame.
4. The rich loves to compliment others and gain their help and support; the poor loves to tear down others only to be alienated.
5. People who complain are literally cursing themselves. Always ask yourself what is life trying to teach you when you feel like complaining upon a challenge or hardship.
6. For the comfortable middle-class people, change is feared; for the confident rich people, change is opportunity. Fear blinds you to opportunities; confidence let you discover opportunities.
7. Fear is inevitable. The rich overcomes it with knowledge; the poor submits to it with negligence.
8. If you can live with the worst thing happening from your decision and the most likely thing to happen will lead you to the best thing happening, go for it!
9. We can't please everyone and rejection is imminent; if you failed, you may be rejected but if you succeeded, you may still be rejected.
10. The rich plays to win; the poor plays to not lose only to lose in eventuality.
11. People often wish they would take more risks in life if they could live all over again, meaning that people have more regrets over things they didn't do than the things they did.
12. Knowledge is priceless; negligence is costly:
a) Investment on a $20 book read may well worth a $20 000 idea and a $1 000 seminar attended may well worth a $1 million business plan.
b) Being penny-wise and pound-foolish by saving a $50 banknote for shopping instead of buying a good book may cost a loss of an undiscovered $50 000 idea. Worst off, craving for free advices may cost even greater loss when one listens to the opinion of another who thinks he knows something even when he has no real life experience.
13. The rich work for profits instead of wages; the poor trades their time for wages.
14. Happy millionaires are generous because they believe they will receive more in return.
15. Millionaires develop multiple income source by passive income from business that requires little personal management. They build teams of great people that complement one another, not compete with one another, to run their business, believing that those people will do even better than them.
16. Learn to increase your net worth the way rich people do, not learning to increase your paycheck only to be taxed more.
17. Rich people increase their investment and assets when their income increases; poor people increase their spending and liabilities as their income increases.
18. The rich makes money, spends money, then pay taxes; the poor makes money, pay their tax and left with little to spend.
Posted by Vijayashankar at 12:36 PM 1 comment:

Posted by Vijayashankar at 4:34 PM No comments:

The Deming System of Profound Knowledge

The Deming System of Profound Knowledge

"The prevailing style of management must undergo transformation. A system cannot understand itself. The transformation requires a view from outside. The aim of this chapter is to provide an outside view—a lens—that I call a system of profound knowledge. It provides a map of theory by which to understand the organizations that we work in.
"The first step is transformation of the individual. This transformation is discontinuous. It comes from understanding of the system of profound knowledge. The individual, transformed, will perceive new meaning to his life, to events, to numbers, to interactions between people.
"Once the individual understands the system of profound knowledge, he will apply its principles in every kind of relationship with other people. He will have a basis for judgment of his own decisions and for transformation of the organizations that he belongs to. The individual, once transformed, will:
Deming advocated that all managers need to have what he called a System of Profound Knowledge, consisting of four parts:
Deming explained, "One need not be eminent in any part nor in all four parts in order to understand it and to apply it. The 14 points for management in industry, education, and government follow naturally as application of this outside knowledge, for transformation from the present style of Western management to one of optimization."
"The various segments of the system of profound knowledge proposed here cannot be separated. They interact with each other. Thus, knowledge of psychology is incomplete without knowledge of variation.
"A manager of people needs to understand that all people are different. This is not ranking people. He needs to understand that the performance of anyone is governed largely by the system that he works in, the responsibility of management. A psychologist that possesses even a crude understanding of variation as will be learned in the experiment with the Red Beads (Ch. 7) could no longer participate in refinement of a plan for ranking people."[21]
The Appreciation of a system involves understanding how interactions (i.e., feedback) between the elements of a system can result in internal restrictions that force the system to behave as a single organism that automatically seeks a steady state. It is this steady state that determines the output of the system rather than the individual elements. Thus it is the structure of the organization rather than the employees, alone, which holds the key to improving the quality of output.
The Knowledge of variation involves understanding that everything measured consists of both "normal" variation due to the flexibility of the system and of "special causes" that create defects. Quality involves recognizing the difference to eliminate "special causes" while controlling normal variation. Deming taught that making changes in response to "normal" variation would only make the system perform worse. Understanding variation includes the mathematical certainty that variation will normally occur within six standard deviations of the mean.
The System of Profound Knowledge is the basis for application of Deming's famous 14 Points for Management, described below.

Deming offered fourteen key principles for management for transforming business effectiveness. The points were first presented in his book Out of the Crisis. (p. 23-24)[22]
"Massive training is required to instill the courage to break with tradition. Every activity and every job is a part of the process." [23]

The "Seven Deadly Diseases" include
"A Lesser Category of Obstacles" includes
Deming's advocacy of the Plan-Do-Check-Act cycle, his 14 Points, and Seven Deadly Diseases have had tremendous influence outside of manufacturing and have been applied in other arenas, such as in the relatively new field of sales process engineering.[25]

In his later years, Dr. Deming taught many concepts, which he emphasized by key sayings or quotations that he repeated. A number of these quotes have been recorded.[26] Some of the concepts might seem to be oxymorons or contradictory to each other; however, the student is given each concept to ponder its meaning in the whole system, over time.