My Mother left for heavenly abode on Dec 7th, 2014. She was 68. Apparently she passed away in sleep, due to heart attack.

She was undergoing treatment for he knee pain since last 2 weeks, for which some shock treatment was done, and she starting complaining of continuous pain in both the legs below knee, after which she wasn't active and was taking rest most of the time.

On Dec 7th afternoon, she complained of uneasiness and was taken to hospital and ECG was taken and it was normal diagnosis only. She had had early dinner of curd rice and was sleeping and was found 'not breathing and still' after 30 mins, when my Sister-in-law tried to wake her up to give medicine.

The ash immersion was done at Bhavani Kooduthurai on 11th Dec 2014 early hours.
My mom was staying with my elder brothers family at Tiruppur, after my dads death in Oct 2007. Since then she was devoting her time for Social Service through Sai Baba Trust in Tiruppur. She had visited most of the pilgrimage centers all over India with family and relatives.

The only major worry for her was, I was not able to get a proper job / business during the last 7 years and she was always praying for me!

She was always worried and saying that none of the friends and relatives have helped me at all!

Thanks for the support of the Friends and Family during this difficult time! 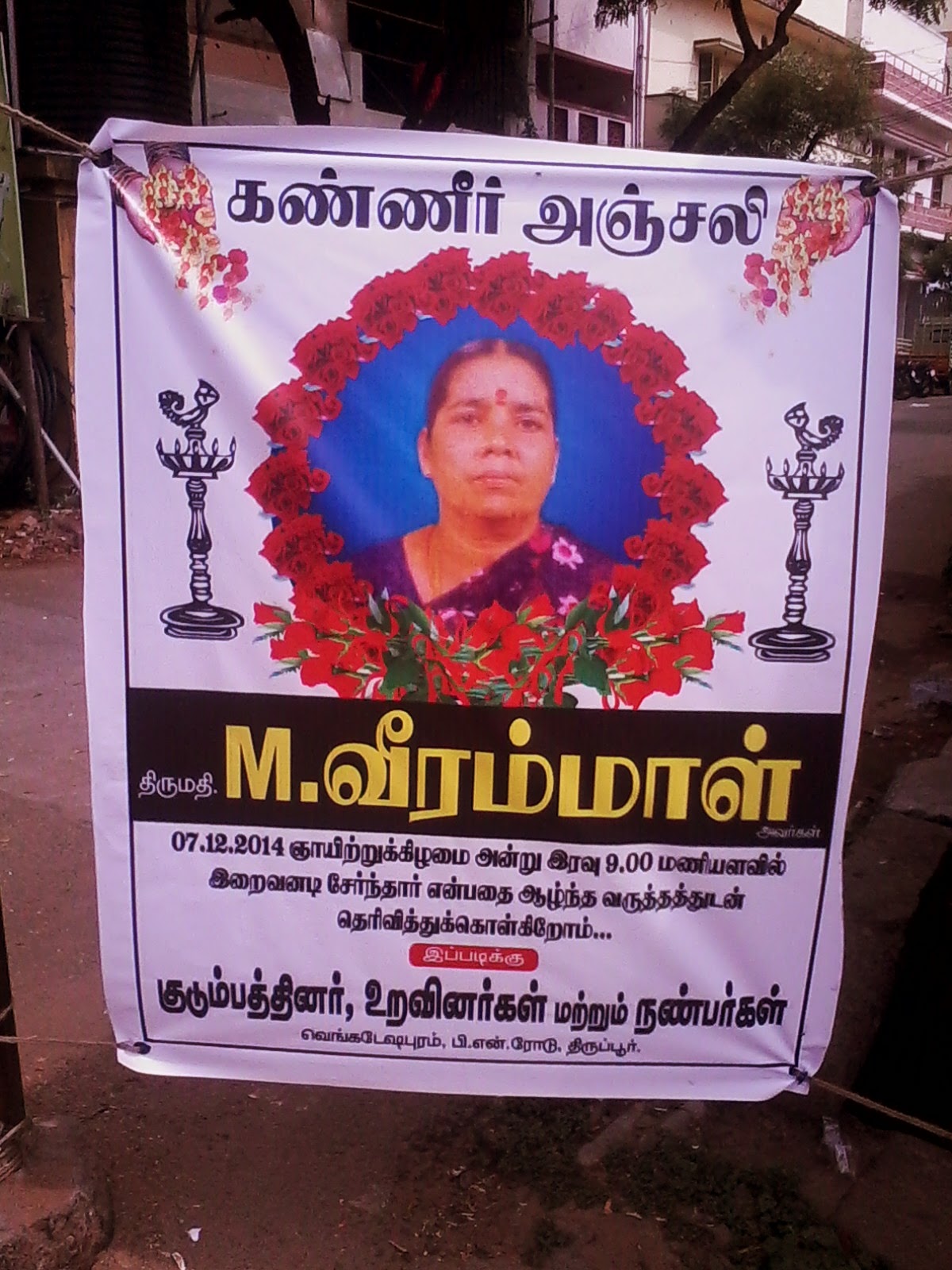 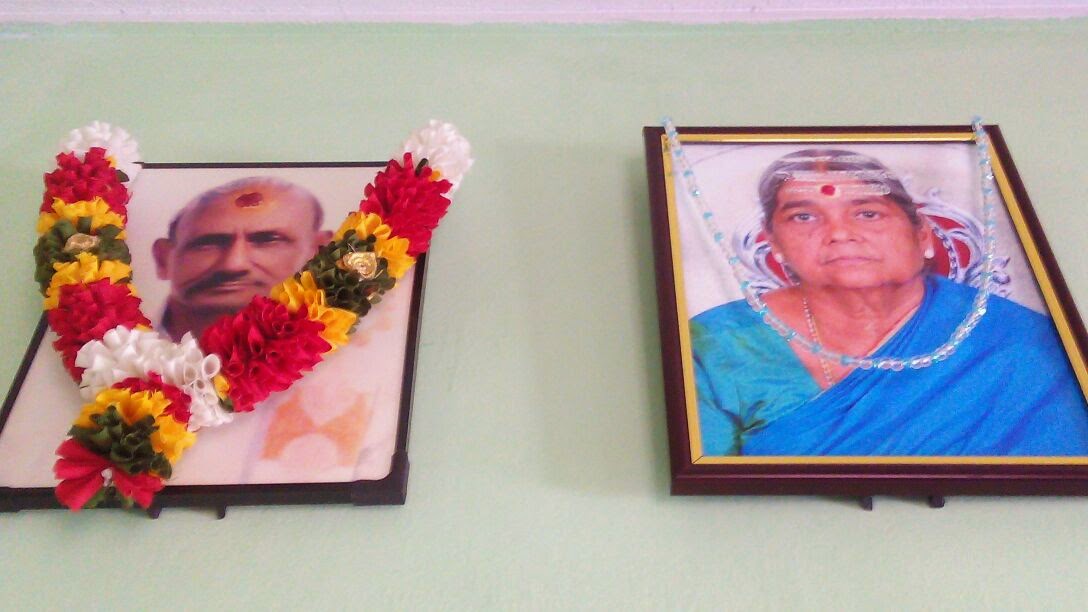 Posted by Vijayashankar at 9:24 AM No comments: